Problem – any thing, matter, person, etc, that is difficult to deal with, solve, or overcome – World English Dictionary

In a previous post, Become a Scripturenaire, I wrote about being involved in an accident, a problem if you will, and staying to “face the music”. “Face the Music” is a term I use to describe confronting and tackling problems. The aftermath of the accident was nothing short of a blessing. It went well afterwards, but could have gone awry if I had run away from the problem – which I had a chance to. I heard my dad’s voice in my head, “Uche don’t run away from problems, It’s either it kills you or you kill it – don’t run away.” This wise saying saved the day and has helped me many more times since then. 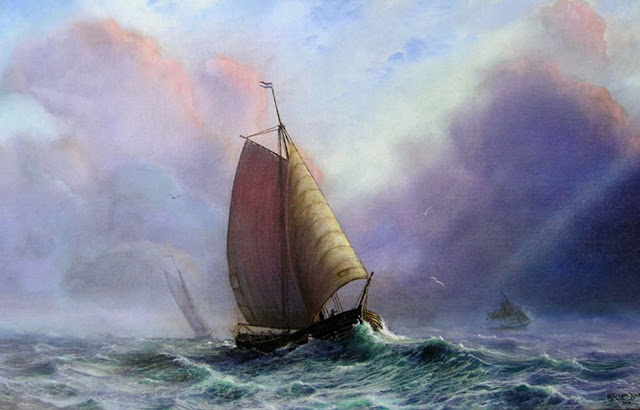 In Matthew, the disciples of Jesus had a problem. Their smooth voyage suddenly turned rocky. The waves crashed relentlessly on their boat, depositing squats of water into it. The men feared for their lives and refused to “face the music”. They instead ran away to Jesus who was soundly sleeping. Jesus woke up and rebuked the disciples for not “facing the music”. For running away from the problem instead of tackling it. He said:

He then rebuked the winds for disturbing his sleep. Jesus Christ “faced the music”, head on. He did not retreat nor back down, He did not run away, He faced the problem and overcame it.

Problems do not go away. They must be worked through or else they remain, forever a barrier to the growth and development of the spirit.

I couldn’t agree more. Problems are an opportunity for you to grow, if you will “face the music”. Don’t actively seek to cause problems but don’t run away from them either, when they arise. I agree that “facing the music” can be very painful, and sometimes even traumatic, but the consequence of not facing the problem is even worse. By facing the music right away, you allow yourself the opportunity to enjoy the pleasures that will come after you overcome. Don’t run away from problems, face them head on – “face the music”.