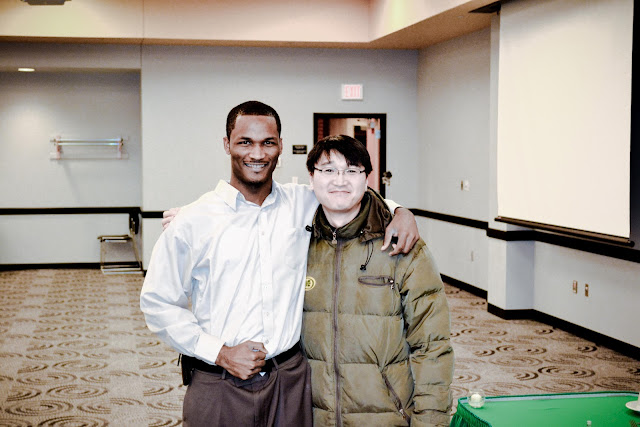 It was 5:00am in the morning and I was wide awake, pondering the day ahead, praying and somewhat fighting off discouragement, when a call came in. It was a call from one of my brothers in the Lord (We will call him Frank). From the excitement in His voice, I noticed that something wonderful had taken place. He was calling to let me know that he had just received a full scholarship to pursue his Master’s in Seoul, South Korea. His flight was paid for and he was actually getting a salary to study. This was a wonderful testimony of God’s goodness for I remember how we had struggled back in the day just to get him an admission, not to mention a scholarship. I was so glad that God opened up this door for Him. This call totally made my ‘month’ and quickly rolled back the tide of discouragement that had been waging war with my soul over the last few hours. The victory over discouragement was not even close; it was with a large margin. Thank God that He always raises a standard when the enemy comes in like a flood (Isaiah 59:19).
Are you feeling discouraged? Do you feel down because you’ve lost something of value? Perhaps a prayer you’ve bombarded heaven with is yet to be fulfilled in the natural. It’s not the end of the world. Yes, we just may have had a bad day but at least we did have a day. The feeling of discouragement may pervade but we still have the capability to feel and with that, the disposition to influence feeling. Sure it did not turn out as expected, but lessons were learned. It’s time to get back on our feet, dust off, roll up those sleeves and attempt again. William Hickson puts it this way:
‘Tis a lesson you should heed:
Try, try, try again
If at first you don’t succeed,
Try, try, try again
Go on, try again. You shall recover all you lost and more so, gain even more. I pray God sends along brothers and sisters like Frank to encourage you. And like David, may we learn how to win the war against discouragement. “And David was greatly distressed; for the people spake of stoning him, because the soul of all the people was grieved, every man for his sons and for his daughters: but David encouraged himself in the Lord his God…. And David enquired at the LORD, saying, Shall I pursue after this troop? Shall I overtake them? And he answered him, Pursue: for thou shalt surely overtake them, and without fail recover all”.  – 1 Samuel 30:6,8.