We, the adults decided to sit at the back. The young men and women sat in front praising God like there was no tomorrow. There were reports that an earthquake occurred during the service. But the intense worshiping and praising going on drowned our awareness of it. Then a young man who was doing a recitation had a seizure on stage and fell, as though he had died.. He was taken out and prayed on. Just like that, and the service did not stop. I saw praise and worship like I had never seen in a long long time. My Spirit was uplifted. This is beautiful I thought. This is what we ought to enjoy as Christians – daily. 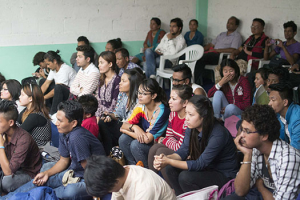 The Holy Spirit Makes the Difference

As the service proceeded, The Holy Spirit began to speak to me and change the topic I was to speak on, that’s how strong His presence was. I had originally come prepared to speak on “Finding Love in the midst of the rubble”, but in the moment, the message was changed to “My disadvantage is my advantage”. I wish I could give you the entire message here, perhaps I will find a better avenue to release it soon. People were saved, and an anointing was released to students having a hard time with their studies. 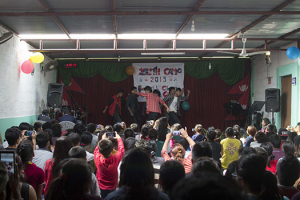 Revive and Let’s Get Going

The young man who had the seizure revived. He did not go home as we would have understandably expected. Instead, he stayed and worshiped God with even more fervency. As if to tell the devil, “You can’t touch this”. He then went on stage and completed his recitation amidst cheers from the crowd. God is doing a new thing in Nepal. It is one of the Countries with the fastest Christian growth. The devil tried to stop us but God’s people showed that the show must go on. I wan’t you to be encouraged by this. No matter the temporary setback you face,  remember that “The show must go on”. Revive and get back to doing God’s work. 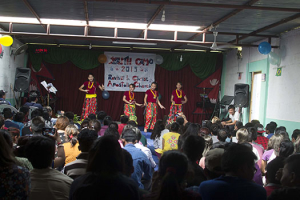 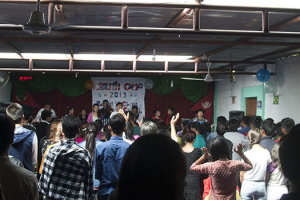 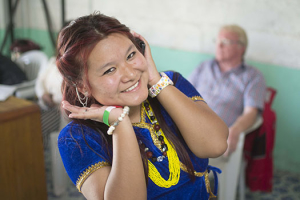